Pure geometric shapes become colourful in the installation curated by the designer as part of the Interni Design Re-Generation exhibition and realized by Porro: an abstract landscape where matter becomes the mental space to carry out a reflection on the world.

“First of all, the location. The University is located in the premises of the former hospital Ca' Granda, designed by Filarete, who started the Renaissance in Milan. Over the centuries it was used as a shelter during the great plagues, today it hosts design within the framework of the city’s post-pandemic scenario. On the clean, modular shapes of my bookcase are household objects and a few skulls. The elegance of design acts as a support for normal life'. Andrea Branzi

The designer describes his installation in the West Loggia: a large 14-metre-long bookcase made by Porro, characterised by a geometric silhouette and animated by colours. The modular structure, 160 cm high, is composed of white shelves, while the shades on the bases are red, blue, green, yellow and violet, all with a bright epoxy resin finish. Above the bookcase, like silent sentinels, stand recycled and painted everyday objects - such as water and detergent bottles - alongside twelve terracotta skulls.

A collaboration, which follows those started in the past with other design masters such as Bruno Munari and Alessandro Mendini, where knowledge and sensitivities come together in a free and experimental creative process. 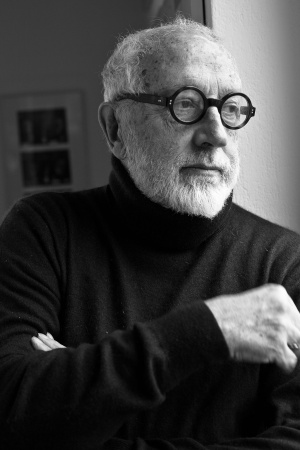 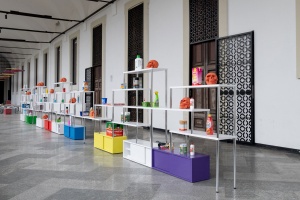 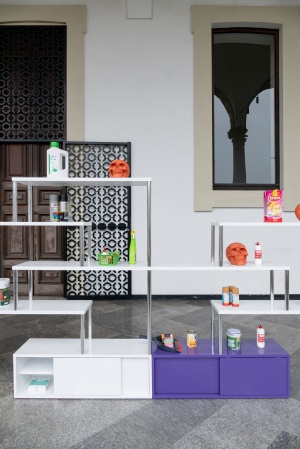 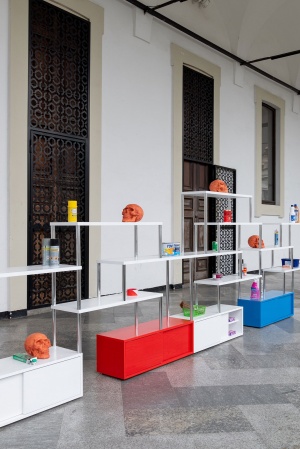 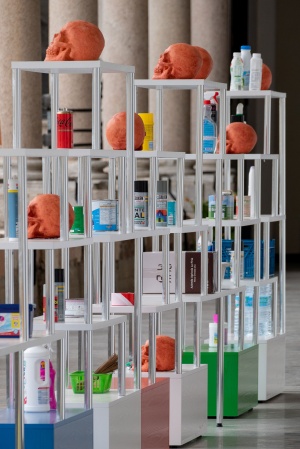 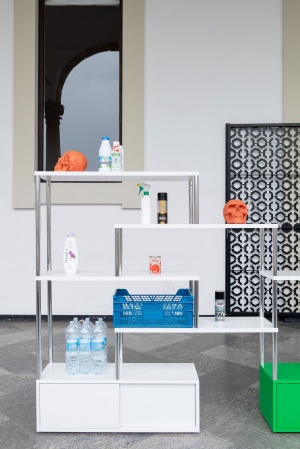