Bruno Munari (Milan, October 24, 1907 - Milan, 30 September 1998) was an Italian artist and designer. It was one of the greatest protagonists of art, design and graphics of the XXth Century, giving outstanding contributions in various fields of visual expression (painting, sculpture, film, industrial design, graphics) and non-visual (writing, poetry, teaching ) with a multifaceted research on the theme of the play, childhood and creativity. Bruno Munari is among the Italian most important Leonardesque figures of the XXth Century. Together with the spatial Lucio Fontana, Bruno Munari dominates the Milanese scene of the ’50s and ’60s, the years of the economic boom afferming the new figure of the artist - visual operator who becomes a business consultant actively contributing to the Italian post-war industrial revival. The young Munari participated to the Futurist movement, from which he takes the distance for a sense of lightness and humor, inventing air machines (1930) and useless machines (1933). In the late ‘40s he founded the MAC (Concrete Art Movement) that served as a coalition of Italian abstractionist instances giving rise to a synthesis of the arts, capable of combining the traditional painting with the new communication tools being able to demonstrate to the industry the opportunity to a convergence between art and technique. Despite being considered one of the main protagonists of the programmed and kinetic art, he escapes from every definition and cataloguing due to the multiplicity of its activities and his great and intense creativity. 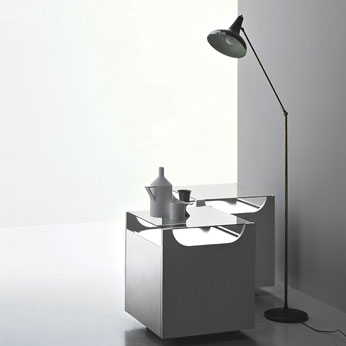